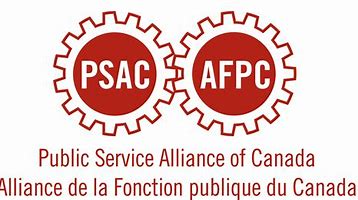 We are Public Service Alliance of Canada (PSAC) Local 40004. Our local represents approximately 1100 members on campus. Our membership is comprised of three main groups:

The PSAC was formed in 1966 and represents approximately 180 000 workers across Canada, 30 000 of which are university sector workers. The vast majority of our members work for the federal departments and agencies, and as such many of the workers at Agriculture and Agri-food Canada (AAFC), the Canada Food and Inspection Agency (CFIA)  and Environment Canada (EC) who are located here on campus have been an active part of our union for decades.

Our union is split into seven regions – Atlantic, Quebec, National Capital Region, Ontario, Prairies, British Columbia, and the North. Across the regions, staff from 23 regional offices provide expertise and support to Local officers and members. Each region has a Regional Executive Vice-President (REVP), who along with the National President and National Executive Vice-President make up the Alliance Executive Committee, the decision-making body for our union between conventions. The current REVP of the Prairie Region is Marianne Hladun, who previously served as the President of the Local 40022 representing CFIA and AAFC workers here at the University of Saskatchewan.